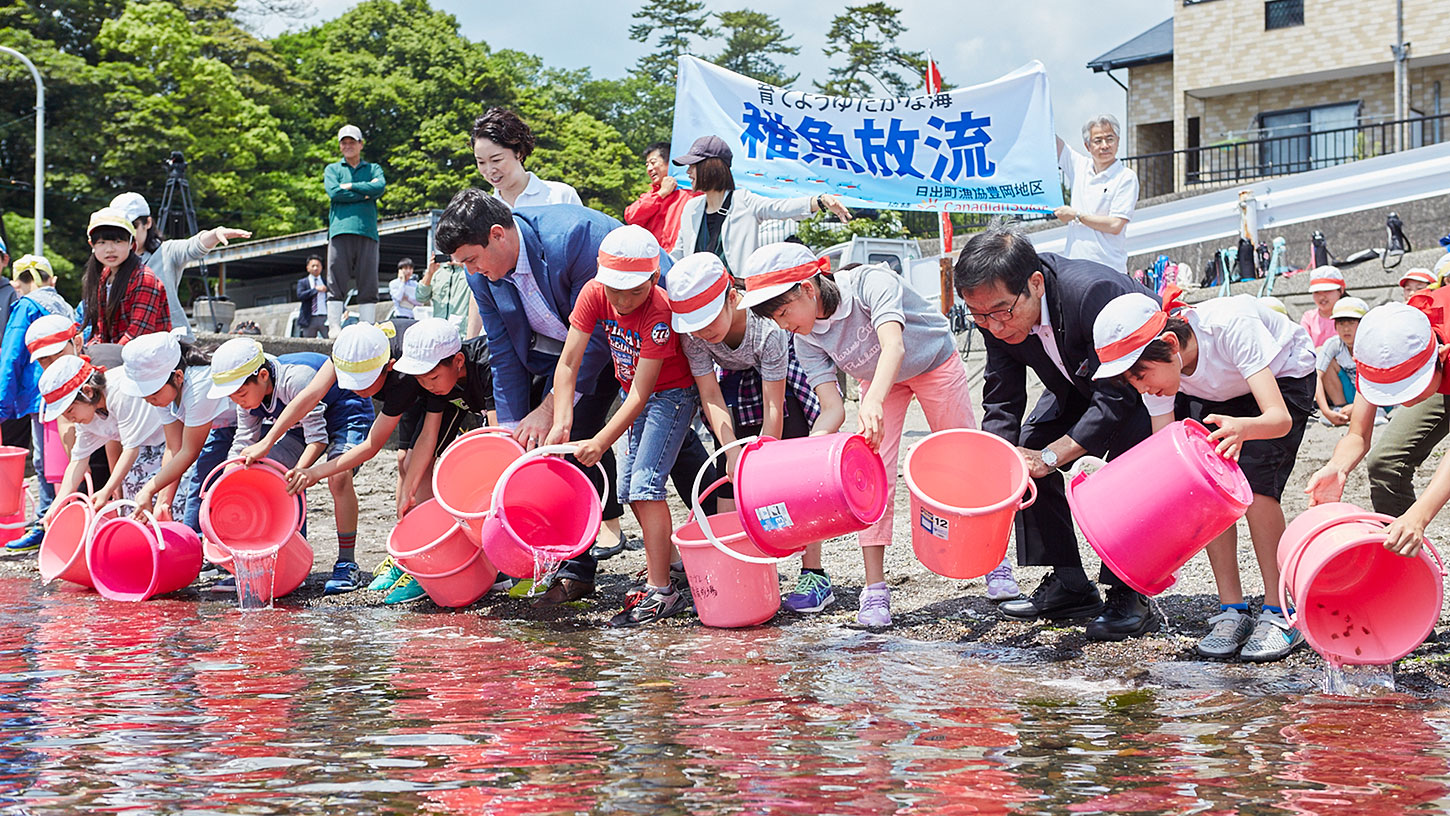 Releasing of turbot fry at Hiji town, Oita prefecture. Canadian Solar Projects KK, which is building a solar power generation facility in this town, sponsored an event to protect traditions and local species.

An event that protects local products of Hiji town

Hiji is a town in the central part of Oita prefecture, facing the bay of Beppu. Under the Canadian Solar group umbrella, Canadian Solar Projects K.K. which is engaged in the energy business, is currently building a large-scale 53.4 MW power generation facility "LOHAS ECE Oita Power Station" at this location. Thanks to this relationship, the company got involved with the local fish releasing event of Hiji town in May 2017, and proactively cooperated in protection of local traditions and special products of the area. 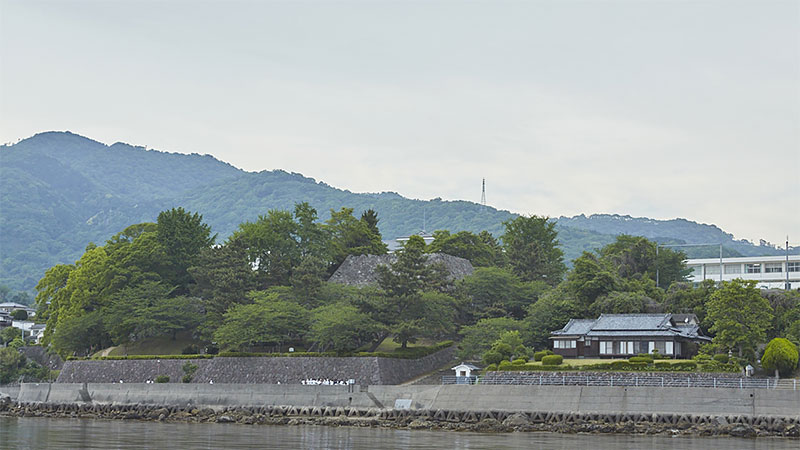 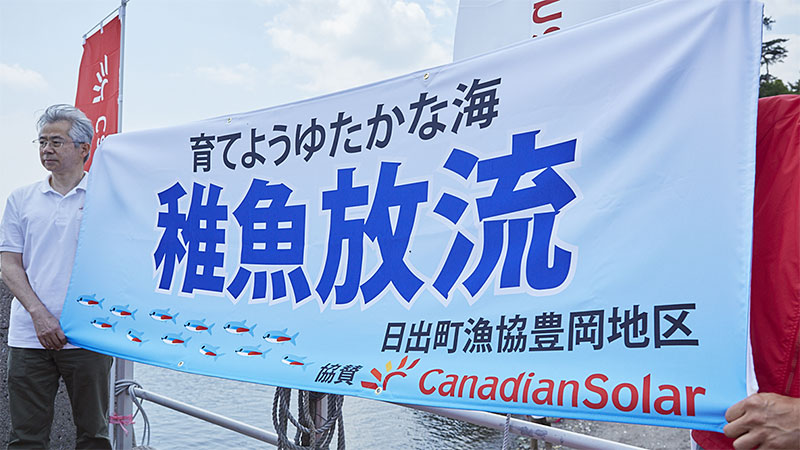 Aiming at the revival of Shiroshita Turbot numbers, fry fish are released

‘Makogarei’ turbot that can be found in the sea of Hiji town have been branded "Shiroshita turbot" and have long been regarded as a high class of fish. However, since the 1960’s, catches have fallen dramatically, with the current volume being about one tenth of the peak. Aiming at restoring numbers of ‘Shiroshita’ turbot in the town, much effort has been devoted both to breeding a lot of fry fish each year and to cultivating a seaweed bed where they can feed and grow.

On this occasion, 68 5th grade school children from Toyooka elementary school participated in releasing of fry fish at Toyooka fishing port. A tiny baby turbot with a body length of about 2 cm, and width comparable to a leaf. Many children who experienced this for the first time show much interest and enthusiastically make comments such as the fish are "incredibly small". The children formed a line at the edge of the beach and gently directed the buckets containing fry fish towards the open sea. About one thousand fish were released by their hands. The words “Okiku sodatte ne!” an affectionate way of saying “grow strong and flourish!” floating from some children in the breeze and aimed at the fry, left a lasting impression. 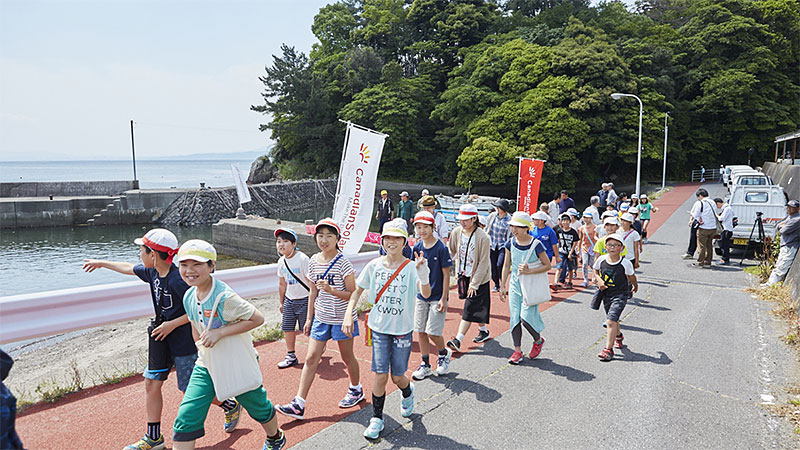 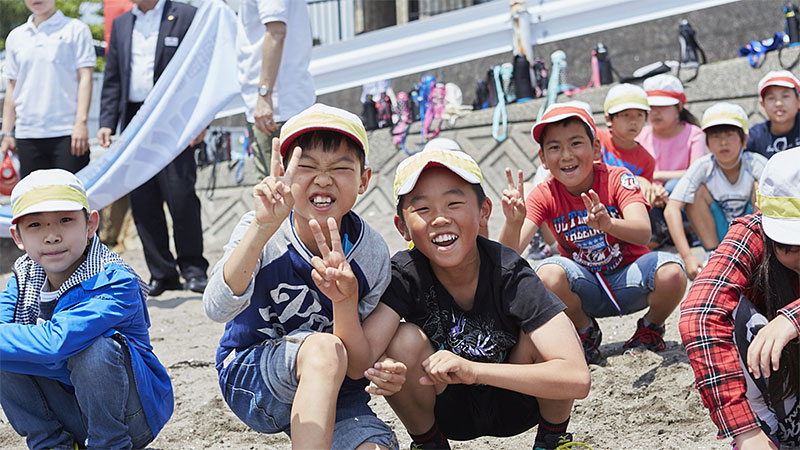 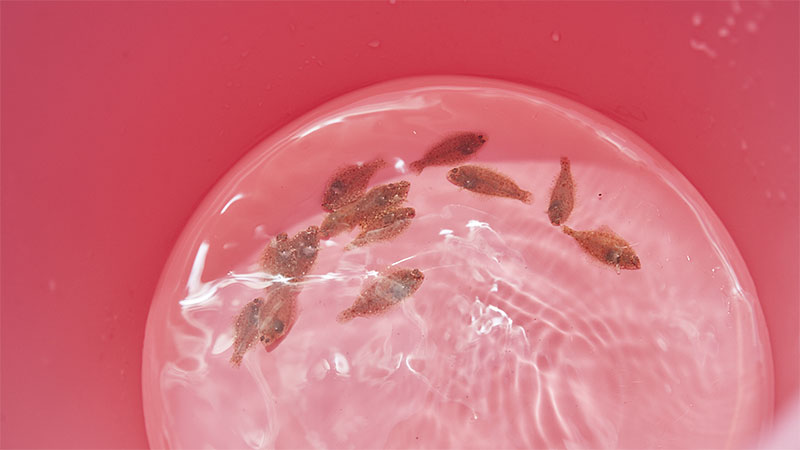 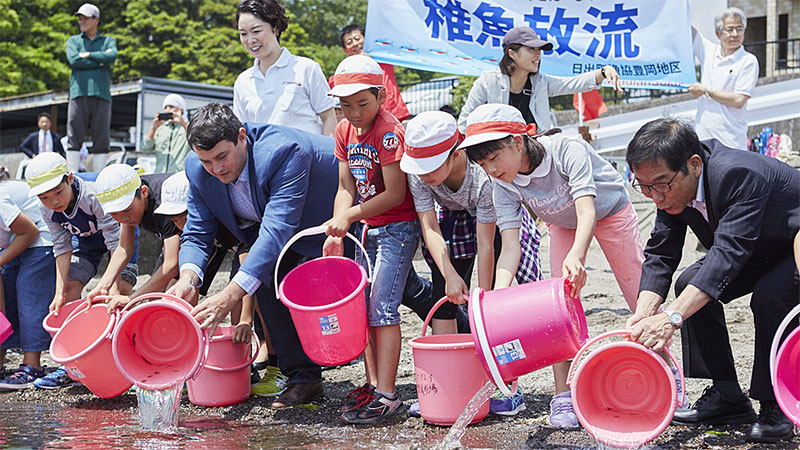 "It was a good opportunity not only to protect the ‘Shiroshita’ turbot but also to let the children know the current state of local fishery", said Mr. Kei Abe, the deputy steering committee member of the Hiji district branch of Oita prefecture fishery committee that organized the event. I would like to continue this activity in the future.

Also Jeff Roy, president of Canadian Solar Projects KK who participated in the release of fry with the children said, "We are extremely pleased to be able to support what the fishermen involved want to relay to the children." 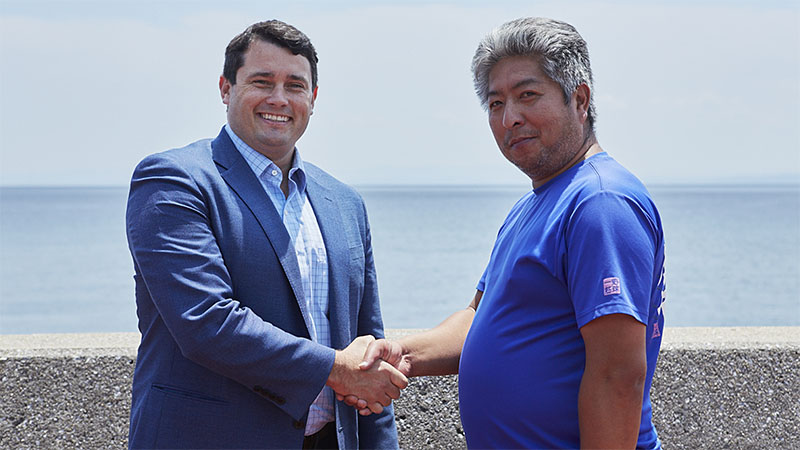 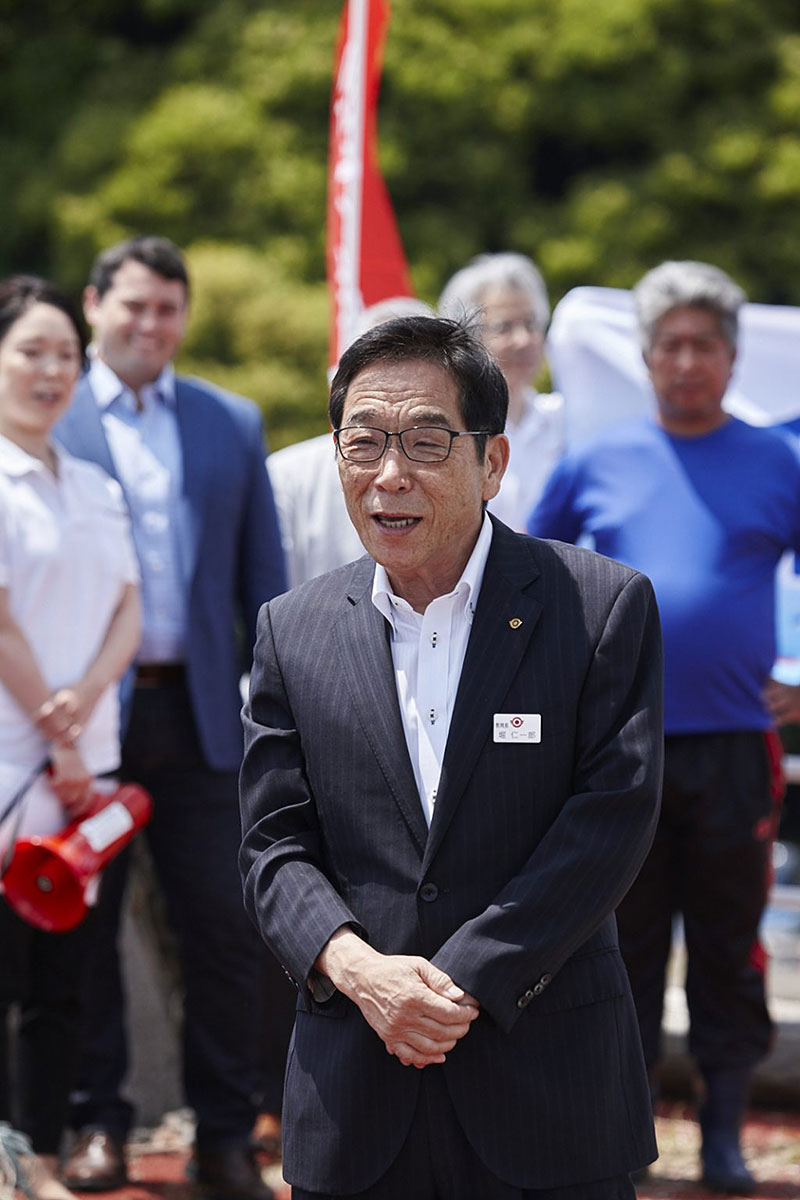 Director of Hiji town board of education, Mr. Hori also participated. He said that “this event provides opportunity to teach children about the necessity for environmental protection and the possibilities of renewable energy”.

By developing a power plants that make use of nature, we help to protect the environment

The concept of the new power station is "nature-friendly". For development, we are taking care to utilize the natural slope of the land where possible to install solar panels, rather than changing the landscape of the mountain, to avoid affecting the surrounding environment negatively. I hope that these initiatives will help protect the sea in Hiji town and lead to the revival of more ‘Shiroshita’ turbot. 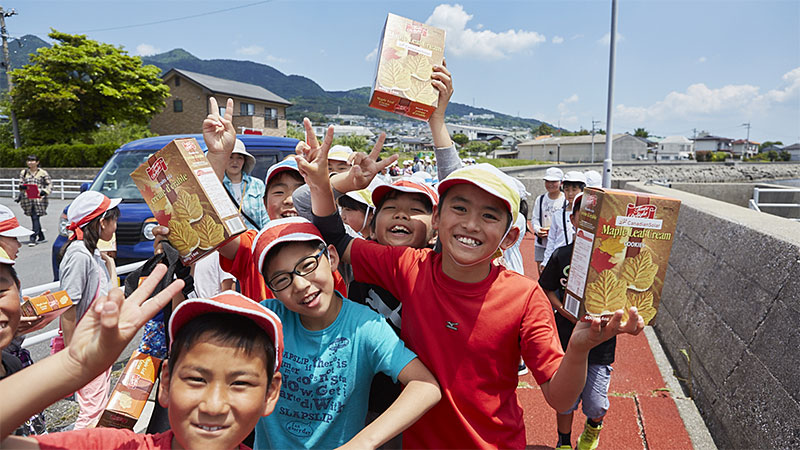 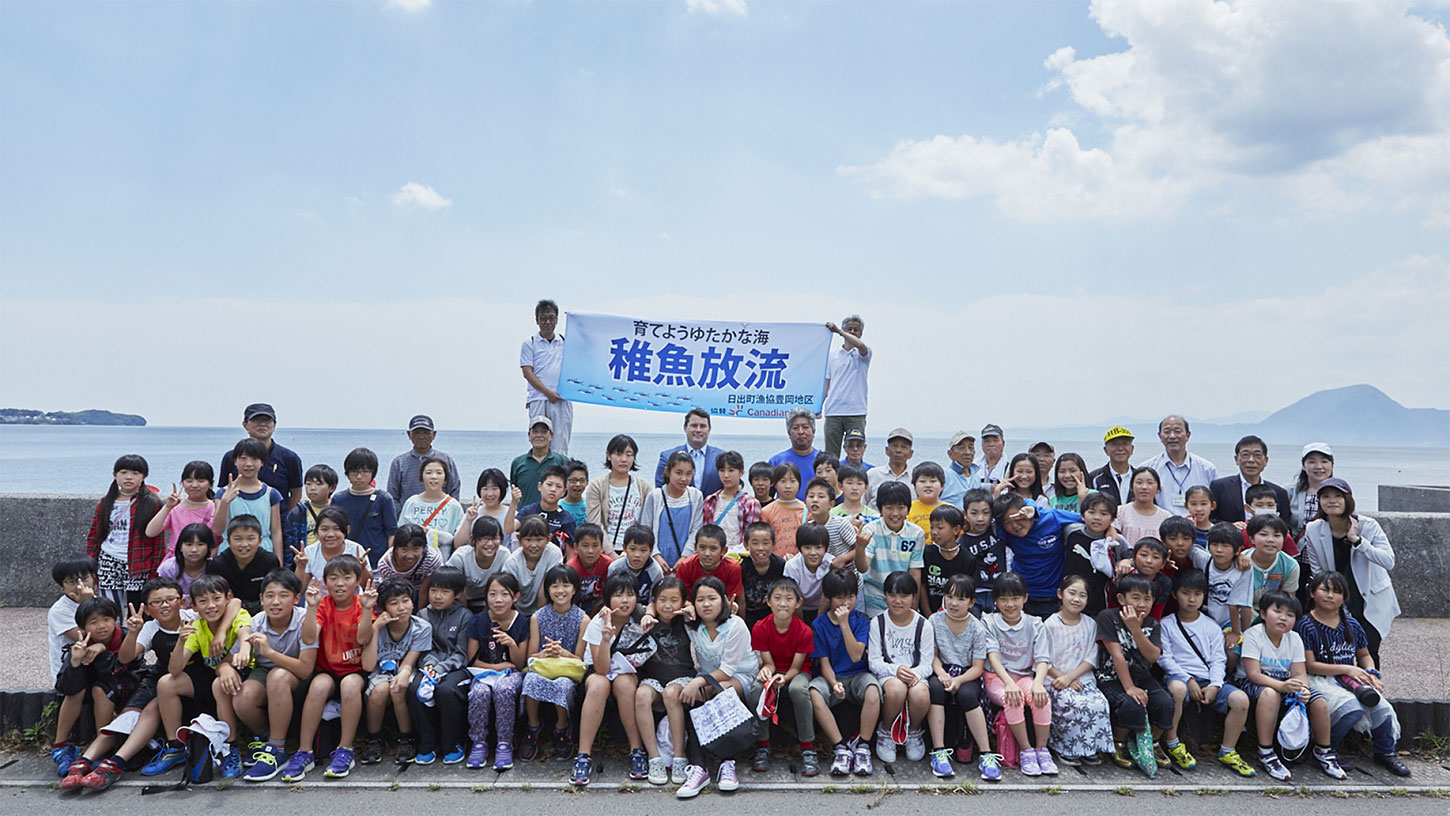 Commemorative photo with local fishermen after the event finished