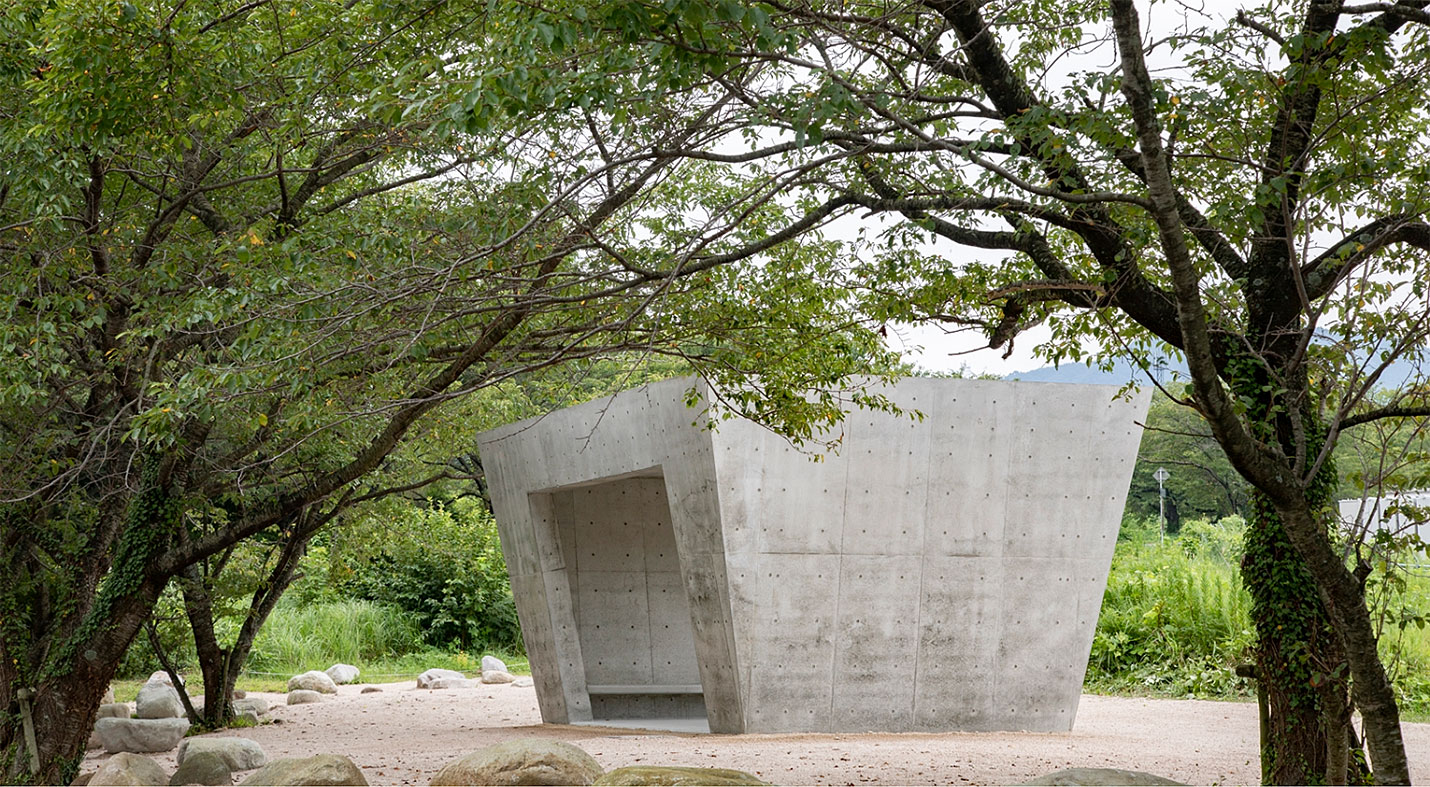 [Daisen Canadian Garden] was donated as a memorial to commemorate the construction of a mega-solar power plant in the midst of nature.

Construction of a large-scale solar power plant was completed at the foot of Mt. Daisen, the highest peak in the San'in region.
Canadian Solar Projects K.K. donated “Daisen Canadian Garden” to Daisen Town to commemorate completion, and as a way to contribute to the community. 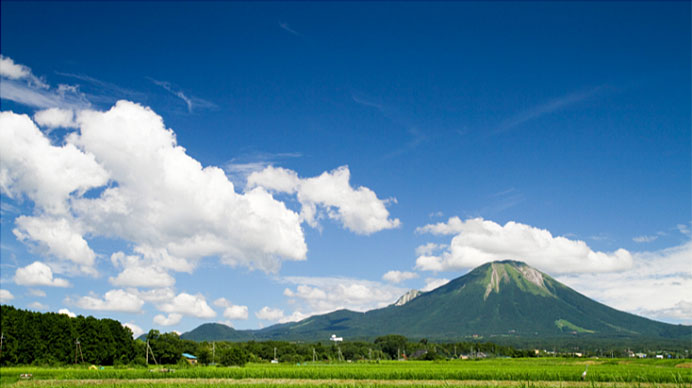 Mt.Daisen is one of the recognized Hyakumeizan (top 100 peaks) in Japan.

Mt. Daisen is known as one of Japan's seven sacred mountains, and 2018 marks 1300 years since the associated temple was founded. It is also the highest peak in the San'in region, and the surrounding area, Daisen Oki National Park is protected for its rich natural environment. It is also recognized as a Japanese heritage site founded by the Agency for Cultural Affairs based on rich traditions and cultures such as practicing of Jizo faith and having Japan's largest horse and cattle market.

As part of the commemoration of the completion of the project and as a contribution to the community, the company built the Daisen Canadian Garden with the concept of “Coexistence of Nature and Mega Solar / Great Challenge”. On 23rd August 2019, a ceremony was held to donate the completed park to Daisen Town. 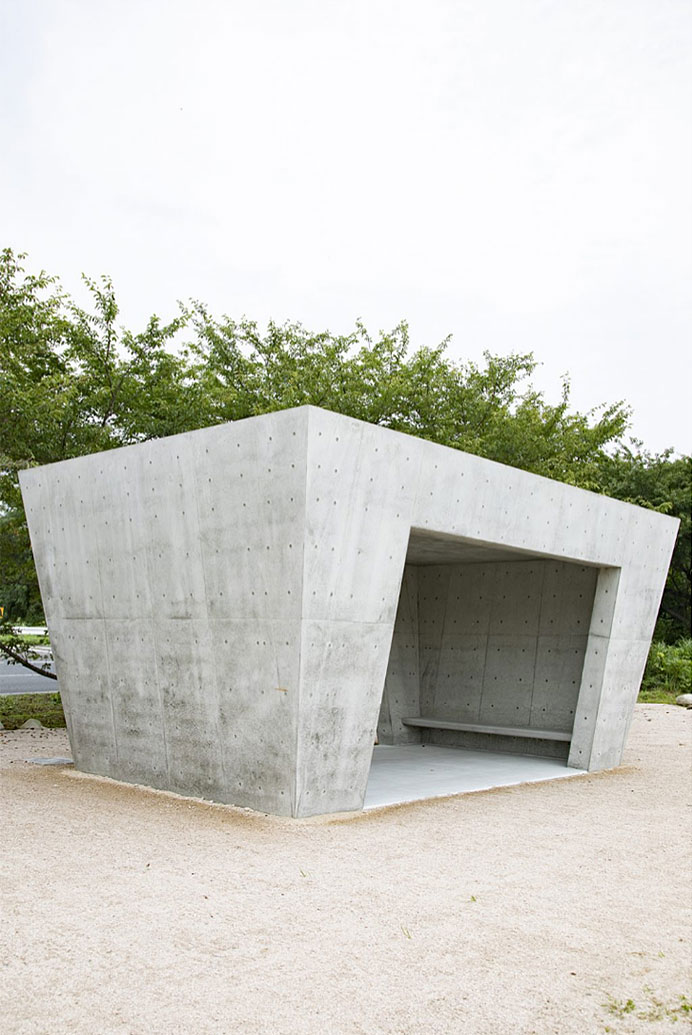 Artwork based on a motif of the majestic Mt.Daisen was created in Daisen Canadian garden. 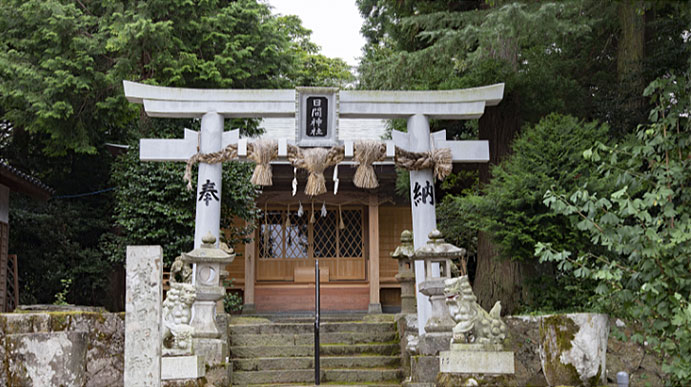 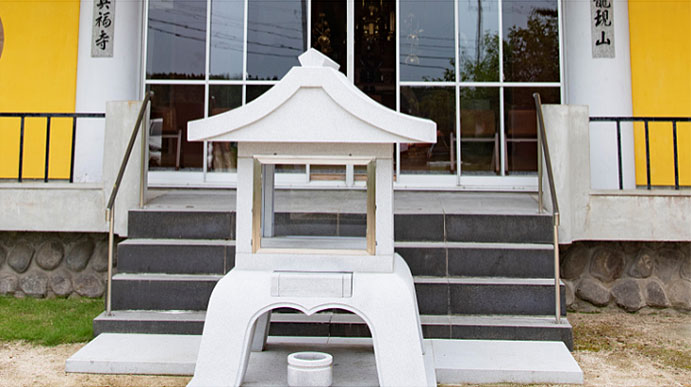 As well as Daisen Canadian Garden (above), other donations include renovation work for Hima Shrine (a local Shrine) and an incense holder for Shinpuku temple of Daisen town.

A place for local people to gather and embrace nature 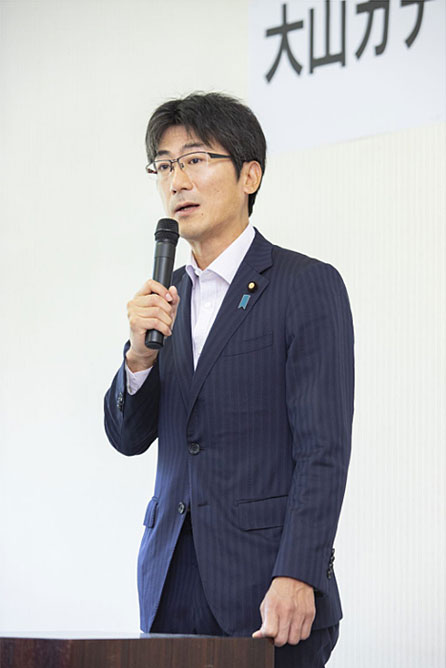 Mr. Shouji Maitachi, member of the House of Councilors
“This garden can be the core of the new theme of interaction with nature and sharing with tourism.” 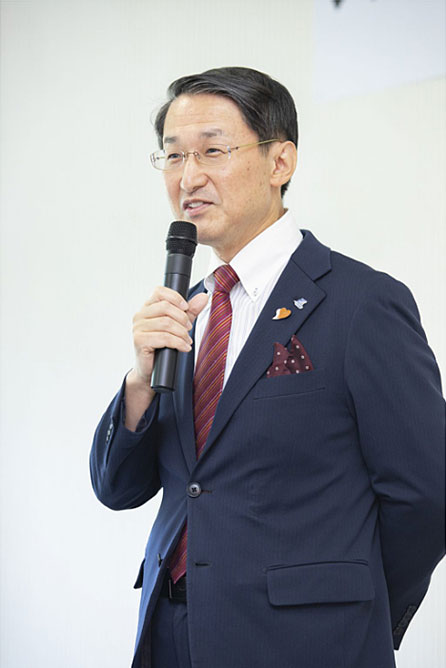 Mr. Shinji Hirai, Governor of Tottori Prefecture
“I hope this garden, which was donated the year after the 1300th anniversary of the founding of Mt. Daisen's temple, remains as a legend for future generations.” 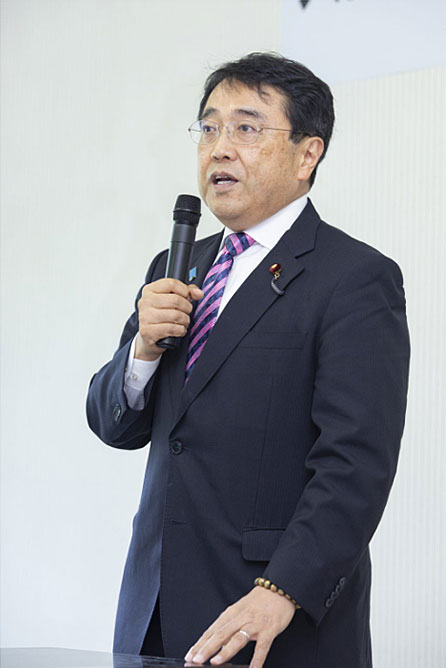 Mr. Ryosei Akazawa, member of the House of Representatives
“We very much welcome the building of a solar power plant that will help protect the local environment, including Daisen Oki National Park.” 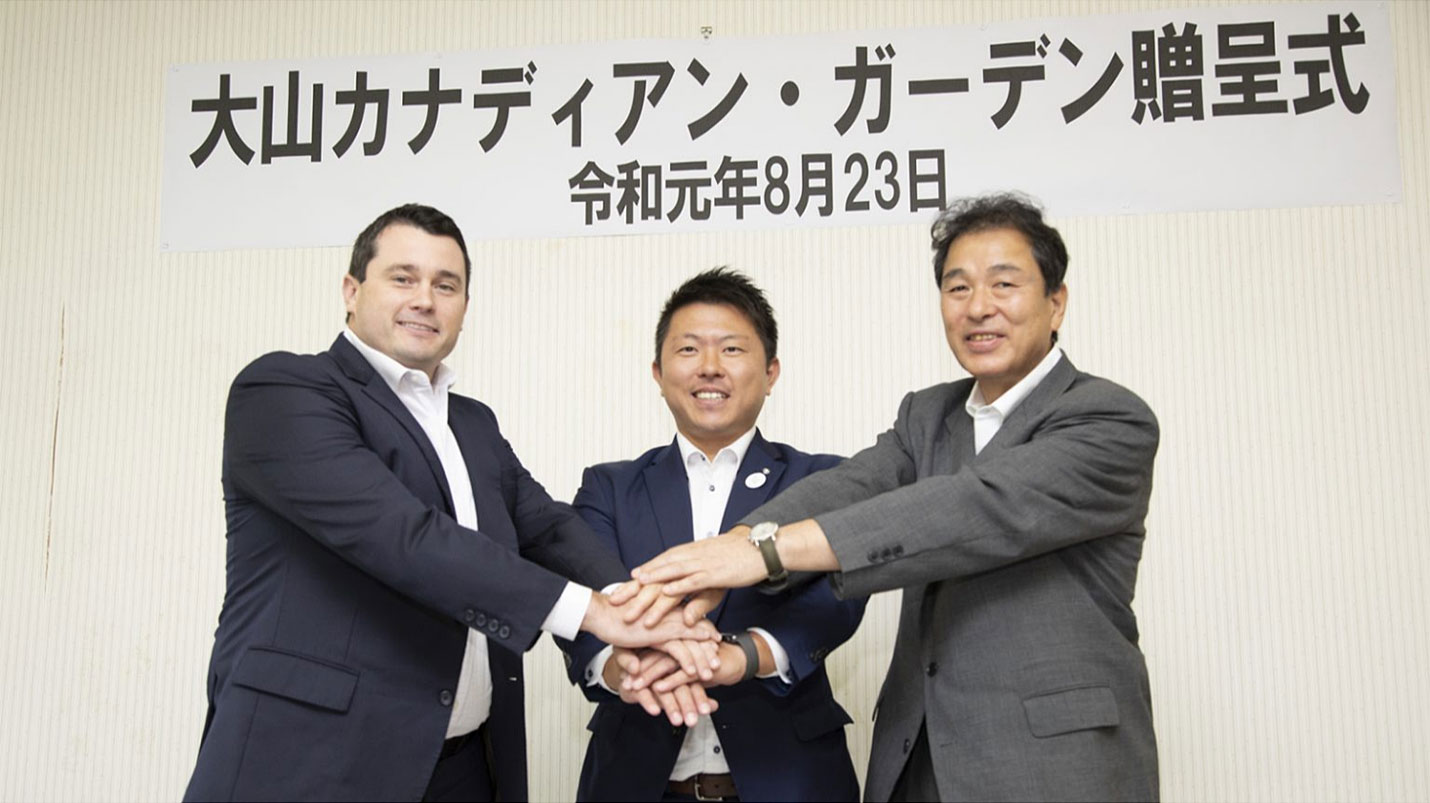 Canadian Solar Projects K.K. General Manager Jeff Roy said, “This garden is a symbol of how we accept new challenges while protecting abundant nature using a solar power plant. I hope it will be a gathering place for everyone to enjoy the beauty of nature." Mr. Makoto Matsubara, President of Daisen Maebata K.K., the land provider of Daisen Canadian Garden, also took the stage and said, “Please come to this garden, and enjoy jogging and walking in the surroundings, bird watching in the goshawk forest, and taking in the wonderful panoramic views of Daisen, the islands of Oki, and the Sea of Japan."

After that, each of them presented a catalog of Daisen Canadian Garden and the 673m³ of land to be used to Hironori Takeguchi, Mayor of Daisen town. Mayor Takeguchi said, “With the expectations of residents of Daisen town in mind, we will place priority on maintaining this garden. I am very happy to see this wonderful park called Daisen Canadian Garden. I would like this Garden to become central to organizing further activities that connect the local community.” 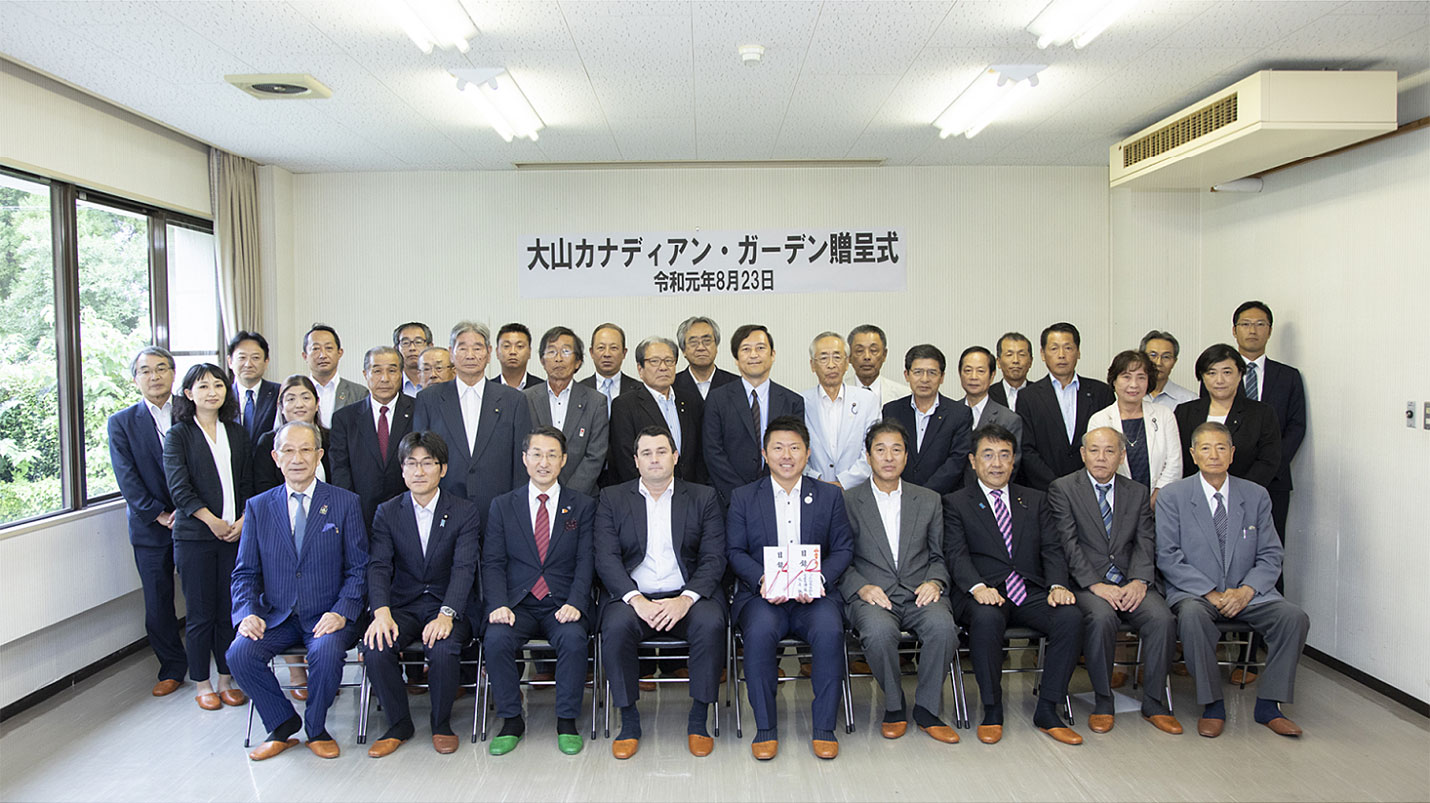 Commemorative photo of all participants of the ceremony 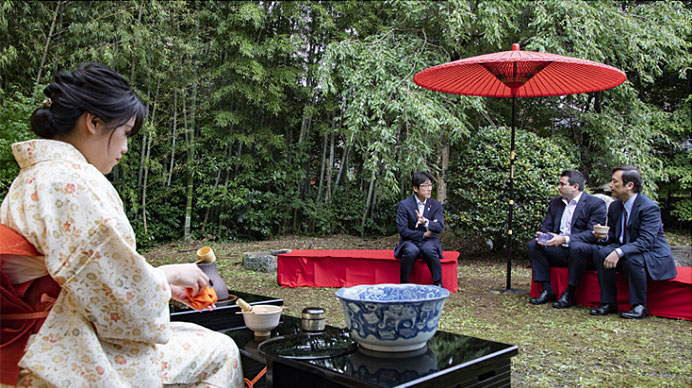 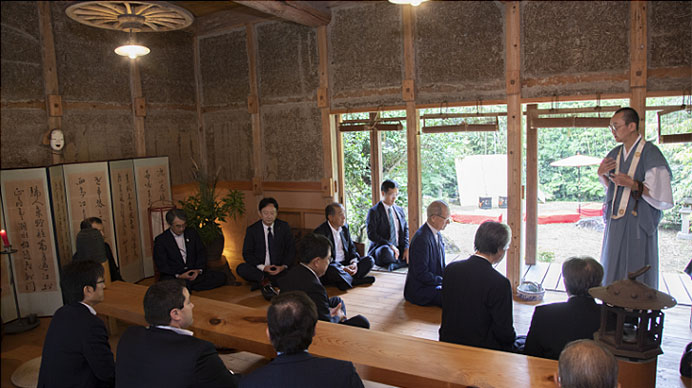 The Tottori Daisen Power Plant, located in Daisen town, Toyofusa area, is made up of two mega solar power plants built approximately 1km apart. Since the neighborhood is a diverse and rich ecological environment with Daisen's natural forest and wild animals and plants, careful development was carried out in close cooperation with local communities, local governments, and environmental organizations.

The 27MWp power plant can provide electricity via clean renewable energy to the equivalent of about 8,000 households. Canadian Solar Projects K.K. hopes that this power plant will help to reduce the effects of climate change and protect the future environment around Daisen. 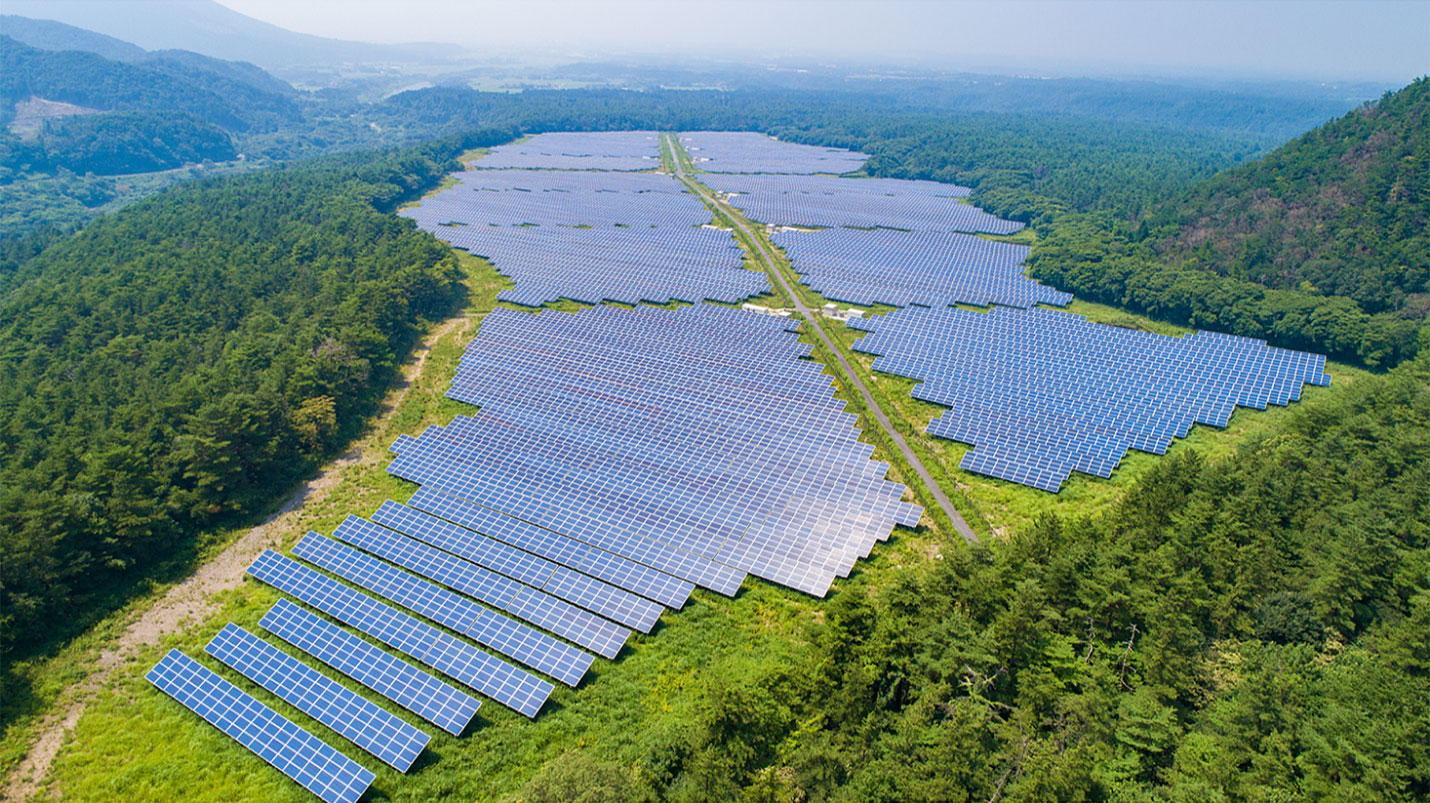